Have a Go Day a Livelighter Event has been run by Seniors Recreation Council since it’s inception in 1992.  The event is the largest single event specifically targeted at the over 55’s demographic.  A mix of over 230 static sites and activities makes this event unique to Western Australia.

A Brief History of Have a Go Day, a LiveLighter event

Have a Go Day has grown from its humble beginnings at Taylor Reserve and McCallum Park with attendances of approximately 500 seniors, to Have a Go Day a LiveLighter Event in the beautiful grounds of Burswood Park with attendances now averaging 15,000+ people with 220 site holders.
Seniors who attend participate in a range of activities and visit many information sites on offer.
Have a Go Day is designed to make seniors aware of the importance of exercise, socialisation and both physical and mental activity.

Have a Go Day, a LiveLighter Event is now regarded as the premier event for Western Australia’s Seniors Week.

A  dedicated team of volunteer coordinators work tirelessly for 12 months and spend 3, 12 hour days putting together and presenting this amazing event under the guidance of SRCWA office staff. Working closely with Burswood Park grounds staff the SRCWA staff and coordinating committee they organise the layout of the event, manage the transport, shuttle busses and parking, coordinate different areas around the grounds on the day, manage set up and pack down and so many other jobs.
There are also many additional volunteers who come on the day, volunteers from SRCWA, Department of Local Govenrnment Sport & Cultural Industries, Have a Go News, SRCWA Branches, Wooraloo Trustees and general public, who kindly assist with the many jobs it takes to manage such a large event.

The feedback from participants and attendees each year is very positive stating that Have a Go Day, a LiveLighter event is an event they look forward to attending each year. 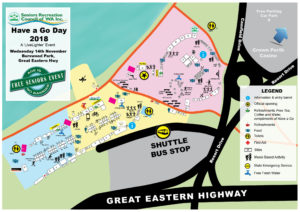 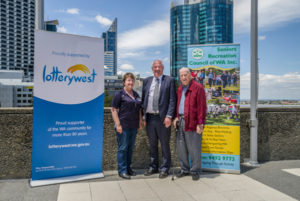